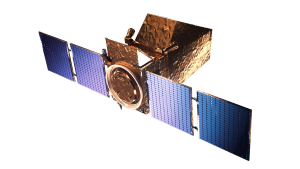 The investment will be used by the team to further accelerate its first satellite development, Twinkle, with manufacturers ABB and Airbus, preparing the company for its Series A funding round.

Joseph Zipfel, Chief Investment Officer at SFC Capital, said: “We at SFC Capital are pleased to support the growth of Blue Skies Space as they prepare themselves to secure Series A funding for the construction and launch of their first satellite. The SFC EIS Fund supports the best performers from our portfolio of over 300 companies and Blue Skies Space is a great example of a company that has made impressive progress since our original investment in 2018.”

The company has received support from both the European and UK Space Agencies, enabling them to develop their unique “space science as a service” offering and attract a global user community to the service.

“The development of the Twinkle mission has been supported by UK investment in preparatory work for ESA’s upcoming Ariel science mission, and the science delivered by both missions will complement one another and lead to new discoveries in the exciting field of exoplanet research. I’m looking forward to the launch of Twinkle in what promises to be a bright future for Blue Skies Space.”

Marcell Tessenyi, Blue Skies Space CEO, said: “At Blue Skies Space we are accelerating data provision direct from space to help our users solve some of their most pressing science challenges. We are delighted to receive strong backing from our investor network, which positions us for the next stage of investment and brings our offering closer to market.”