This virtual conference will focus on extrasolar research driven by early-career scientists. During the event, researchers across Europe will showcase their exciting research and illustrate how their work is supporting the new epoch of extrasolar science.

We know that the events of the last few years have had a big impact on early career researchers, many have not had the opportunity to interact with colleagues outside their own institution and opportunities to present research are limited. The “Next Generation of European Extrasolar Scientists Conference” aims to provide a platform that spotlights the great work led by early career researchers whilst also highlighting collaboration opportunities and ways to gain experience.

The Twinkle team is committed to supporting early-career scientists, through education programmes, collaboration opportunities and outreach initiatives. A series of programmes is under development to support undergraduates, postgraduates and post-doctorates, the first of these programmes, the EXTernal Researcher Allocation (EXTRA) Time initiative, will provide non-members with the opportunity to access real space-based data from the Twinkle mission. Details of this programme will be shared at the conference and early careers will be able to register their interest. 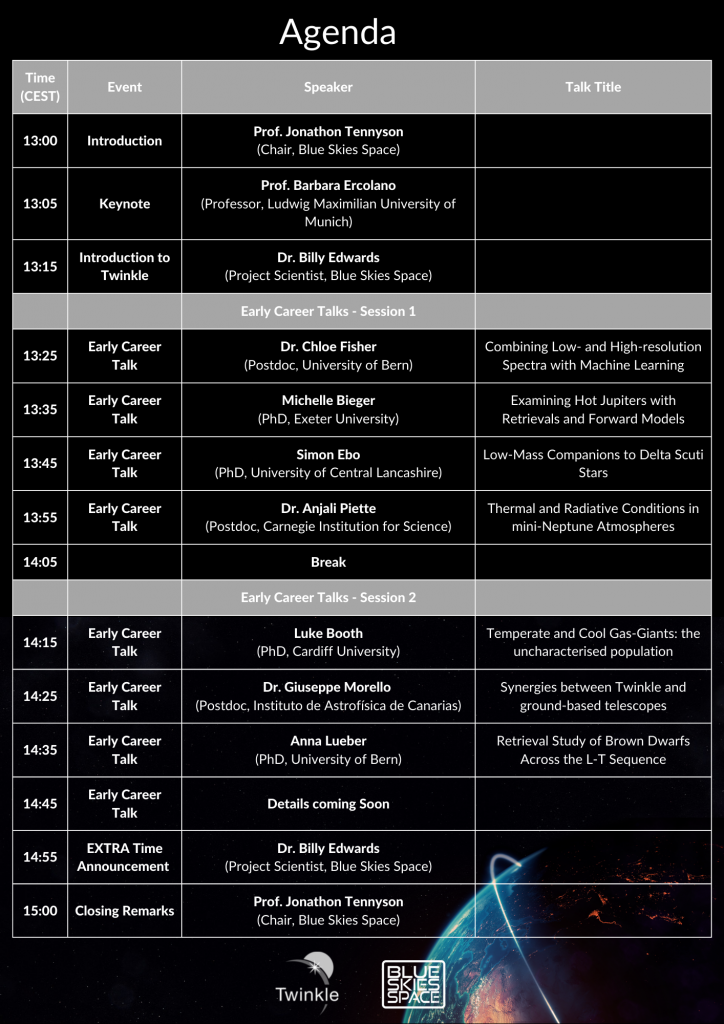 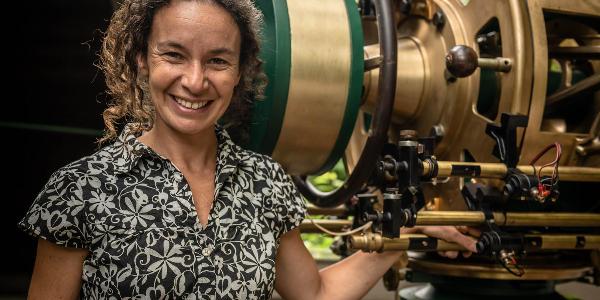 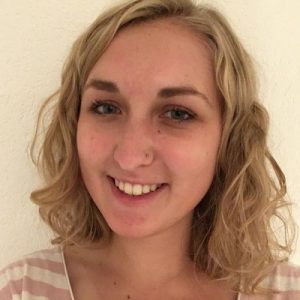 We developed a method of using a random forest, a supervised machine learning technique, to perform atmospheric retrieval of transmission spectra. The use of machine learning speeds up the retrieval process and uses a pre-computed training set of models, allowing for more complex physics to be included. We then adapted the machine learning retrievals to be used for high-resolution ground-based spectra. High-resolution spectra from the ground allow us to detect many molecules and study dynamic effects, whilst low-resolution spectra from space provides a continuum that helps to constrain temperature, molecular abundances, and clouds. By analysing these datasets simultaneously, we can tighten our constraints on the atmospheric parameters and gain a deeper insight into the conditions of these exoplanets. The random forest also provides an information content analysis, indicating which dataset or wavelength region is driving the retrieval for each parameter. 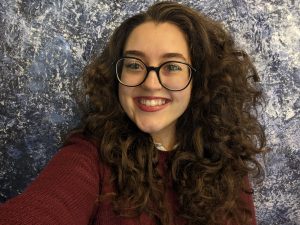 Retrievals are modelling tools able to scrutinise the atmospheric transmission or emission spectra of planets, iteratively comparing these spectra with a parametrised radiative transfer model using Bayesian frameworks. To help illuminate the capabilities of a retrieval, I will be presenting the emission and reanalysed transmission spectra of WASP-79b, an inflated hot-Jupiter first detected by Smalley et al. 2012. WASP-79b has been explored in literature previously by Skas et al. 2020, Sotzen et al. 2020, Rathcke et al. 2021; all studies agreeing on detections of H2O with various confidence levels, with the latter finding moderate evidence of an H-bound free opacity compared to iron hydride (FeH) abundance found by other studies. Using the publicly available Iraclis data analysis pipeline and the retrieval framework TauREx 3, I will be adding to the global picture of this planet by examining the Hubble Space Telescope emission spectra as captured by the Wide Field Camera 3 G141 grism (PI: David Sing, proposal ID: 14767) and the Spitzer Space Telescope (Garhart et al. 2020). Further work on wrapping ATMO, a 1D atmospheric modelling tool developed by Pascal Tremblin, as a plug-in for TauREx, to further this retrieval tool’s abilities will also be explored, as well as comparisons to PARC, ATMO’s Python retrieval tool. 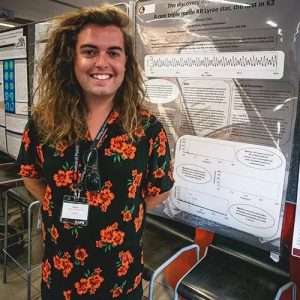 The Transiting Exoplanet Survey Satellite (TESS) was launched in 2018 and is performing an almost all-sky survey with the main goal of discovering 20,000 exoplanets. Continuous observations for a given target span between approximately one month and one year, with a year gap between re-observation. Whilst there are ~5000 exoplanets confirmed to date, there is a sparsity of exoplanetary systems with host stars hotter than the Sun, and even fewer that are found orbiting classical pulsators. This work aims at addressing this discrepancy by exploiting the TESS Object of Interest (TOI) database in the search for exoplanetary systems orbiting main sequence A stars that exhibit delta Scuti pulsations.
We applied a cut within the TOI database to include in our sample only host stars with Teff > 6300 K, the lower effective temperature limit for delta Scuti-type pulsators. We found four examples, and in this talk we concentrate on one: TOI 1119.01 (TIC 409934330, HD 189995). This star is of an Am spectral type (A2mA4-F0) with an effective temperature of Teff = 8050  200 K.
Using stellar evolution and stellar pulsation modelling programs MESA and GYRE, we have precisely modelled our target star and have obtained unambiguous stellar parameters such as mass and radius. We use our determined parameters in the exoplanet modelling program EXOFAST, to model the companion’s radius and orbital parameters, hence achieving a complete model of the exoplanetary system. In parallel to this, we have ground-based follow-up observations with the 1.0-m telescope and the Southern African Large Telescope (SALT), both at the South African Astronomical Observatory.
The former complements the TESS data sets with transit observations in different wavebands. Multi-colour observations reveal transits to have different depths per waveband due to the colour-dependency of the companion’s atmospheric absorption. This further constrains the companion’s radius, gives insight into its atmospheric properties, and allows us to derive limb-darkening values of the host star. The latter provides spectra of the host star, from which a radial velocity (RV) curve can be formed. Marrying this RV curve to the light curve justifies the confirmation of the existence of the companion, with the amplitude of the RV curve constraining an upper limit on the companion’s mass. In addition, the spectra exhibit the characteristic element over-abundances that define the Am star class.

Follow-up observations from space with telescopes such as CHEOPS and Twinkle will greatly support this work, providing additional high precision photometry in different photometry bands.” 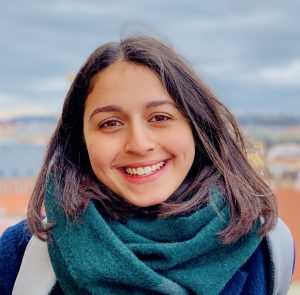 Atmospheric observations of mini-Neptunes orbiting M-dwarfs are beginning to provide constraints on their chemical and thermal properties, while also providing clues about their interiors and potential surfaces. With their relatively large scale heights and large planet-star contrasts, mini-Neptunes are currently ideal targets for atmospheric characterisation in the low-mass regime. Understanding the thermal structures and spectral appearances of mini-Neptunes is important to understand various aspects of their atmospheres, including radiative/convective energy transport, boundary conditions for the interior, and their potential habitability. In the work I will present, we explore these aspects of mini-Neptunes using self-consistent atmospheric models to explore the effects of irradiation, internal flux, metallicity, clouds and hazes. Building on recent suggestions of habitability of the mini-Neptune K2-18 b, we find a range of physically-motivated atmospheric conditions that allow for liquid water under the H2-rich atmospheres of such planets. We find that observations of thermal emission in the infrared can place important constraints on the habitability of temperate mini-Neptunes such as K2-18 b, and provide more detailed constraints on the thermal and chemical properties of warmer mini-Neptunes such as GJ 3470 b. These results underpin the potential of temperate mini-Neptunes such as K2-18 b as promising candidates in the search for habitable exoplanets. 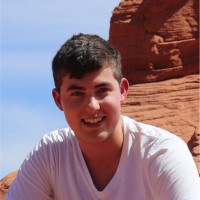 Situated in the temperature regime between well studied solar-system giants and hot-Jupiters, temperate and cool gas-giant exoplanets are an as-yet understudied exoplanet population with virtually no transmission spectra. Such planets hold the promise of new avenues in exoplanet science, challenging our understanding of atmospheres and, due to their presence within the ice-line, planet formation. They will give key new data points for establishing exoplanet population trends and may provide tests for models of disequilibrium chemistry and cloud formation. In stark contrast to initial ‘Earth-twin’ searches, they may also be places to look for life: potentially home to aerial biospheres or habitable moons.
In this talk, I will discuss the scientific motivation for studying this population and will highlight why the Twinkle mission may be uniquely well-suited to revealing insights into their composition and atmospheric processes. 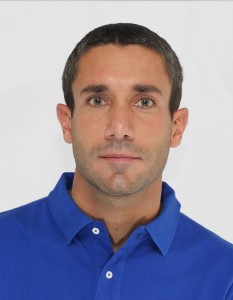 Synergies between Twinkle and ground-based telescopes

We present an overview of the latest exoplanet discoveries validated by our TESS follow-up programs. The list includes several planets that are amenable for spectroscopic studies of their atmospheres, and potentially prime targets for the Twinkle mission, given the brightness of their host stars.
We also discuss recent studies using both low- and high-resolution spectroscopy, highlighting the synergies between the different observational techniques from space- and ground-based telescopes to better understand the exoplanet atmospheres. 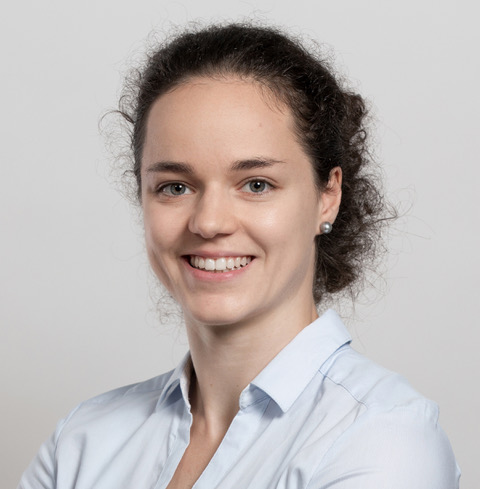 Retrieval Study of Brown Dwarfs Across the L-T Sequence

A large suite of 228 atmospheric retrievals is performed on a curated sample of 19 brown dwarfs spanning the L0 to T8 spectral types using the open-source Helios-r2 retrieval code, which implements the method of short characteristics for radiative transfer and a finite-element description of the temperature-pressure profile. Surprisingly, we find that cloud-free and cloudy (both gray and non-gray) models are equally consistent with the archival SpeX data from the perspective of Bayesian model comparison. Only upper limits for cloud properties are inferred if log-uniform priors are assumed, but the cloud optical depth becomes constrained if a uniform prior is used. Water is detected in all 19 objects and methane is detected in all of the T dwarfs, but no obvious trend exists across effective temperature. As carbon monoxide is only detected in a handful of objects, the inferred carbon-to-oxygen ratios are unreliable. The retrieved radius generally decreases with effective temperature, but the values inferred for some T dwarfs are implausibly low and may indicate missing physics or chemistry in the models. For the early L dwarfs, the retrieved surface gravity depends on whether the gray or non-gray cloud model is preferred. Future data are necessary for constraining cloud properties and the vertical variation of chemical abundances, the latter of which is needed for distinguishing between the chemical instability versus traditional cloud interpretation of the L-T transition.