How are exoplanets found?

How are exoplanets found?

Twinkle, as you possibly know by now from reading our website, is not a mission trying to find new exoplanets, but rather to study known ones. This means of course that to do our work, we need the exoplanets to already have been discovered.

There are many ways to find a planet, some unexpectedly simple for such a complex field as astronomy, and some slightly more abstract.

The seemingly simplest way to find a new planet is just to look for them through telescopes, both ground and satellite based. However ‘direct imaging’ isn’t the easiest method, as exoplanets are very small and dark compared to their stars. Looking for an exoplanet without knowing where it is can be like looking for one needle in several different haystacks. Direct imaging is a growing field but so far only less than 50 of the roughly 2000 exoplanets discovered in the last 20 years have been found in this way. (See SPHERE, GPI and SCExAO)

This brings us to more subtle and successful methods such as radial velocity. When a planet orbits a star, it can cause the star to ‘wobble’ a little as the planet’s gravity acts upon it. By looking at large portions of the sky and searching for these wobbling stars (more specifically at the Doppler shift in the light emitted by these stars[1]), it is possible to identify the stars that are likely to have planets. (See HARPS and ESPRESSO)

The next method involves looking for transiting planets. Some exoplanets orbit their star in a plane that is aligned with our line of sight: as the planet travels between its star and earth, it blocks off the light from its star, telling us that the planet is there. By looking for subtle changes in light, the planets can be found. (See WASP, Kepler, CoRot and HAT)

The transit technique is currently the most successful way of finding exoplanets, and this is good news for Twinkle! We will be looking at the light from a star shining through a planet’s atmosphere, and for us to do this, a planet needs to have an orbit that makes it observable with the transit technique. Twinkle will focus on ~100 of the brightest exoplanets already discovered.

Now we have many ways of finding exoplanets and, with almost 2,000 already discovered, it makes sense that we find out as much as we can about them. Currently all we know for many exoplanets is where they are, but barely anything about what they are like. Twinkle’s mission is to unveil their atmosphere to reveal their history, evolution and potential habitability. By using spectroscopy with Twinkle (see how this is done) we can learn so much more about the different worlds that populate our universe, and build on the international efforts that go into detecting planets outside our solar system.

Up to date catalogue of known exoplanets: http://www.openexoplanetcatalogue.com/systems/ 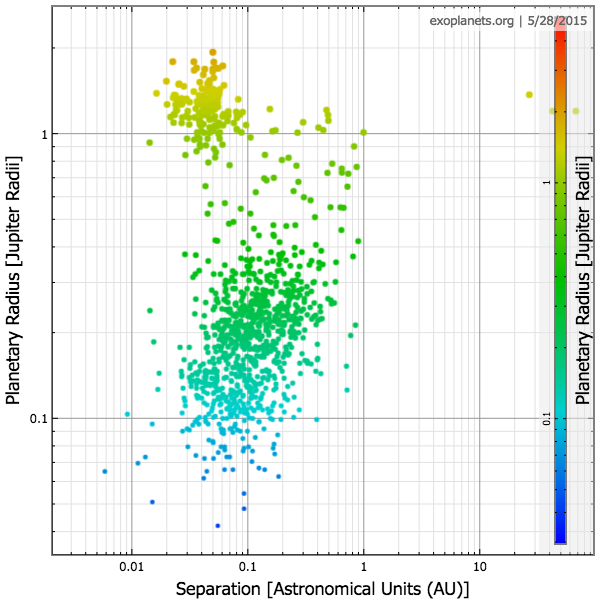