A target bonanza for Twinkle

A target bonanza for Twinkle

The number of confirmed exoplanets discovered to date has just dramatically increased. The science team behind NASA’s Kepler mission has just announced a further 1,284 objects verified as being more than 99% likely to be a planet. This brings the overall total to more than 3,200 known worlds orbiting stars in our galaxy, out of nearly 5000 candidates. And it’s not just Kepler making discoveries. At the beginning of May, a team of Belgian astronomers using the ground-based TRAPPIST telescope spotted three potentially habitable planets orbiting a cold, red dwarf star just 40 light-years from Earth.

All these discoveries are great news for Twinkle. We are currently compiling our preliminary list of targets and plan to make that public this autumn (although we have until 2019 to make the final decisions). Because Twinkle is a small satellite, the majority of exoplanets on our target list will be hot, bright, Jupiter-like planets orbiting close to their star, as it will be easiest to extract the spectral information on the atmosphere of this type of planet. However, Twinkle will also be able to study a sample of cooler super-Earth planets if we can find targets that are not too far away. The more exoplanets – of all types – that we know about, the more choice we have in targets for Twinkle. This new treasure-trove of planets from Kepler includes nine rocky planets within the habitable zone. With new discoveries happening all the time, it may be that some super-Earths in the habitable zone will make it onto Twinkle’s target list. But large or small, hot or cold, Twinkle’s dedicated observations will enable a revolution in understanding exoplanets atmospheres and how they have developed and evolved.

Keep an eye out for updates on Twinkle’s targets through Twitter, or our newsletter. 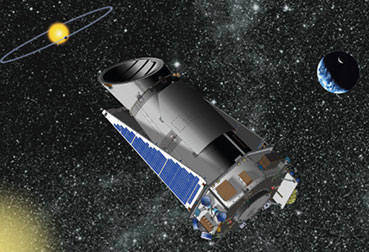